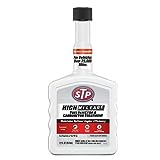 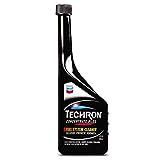 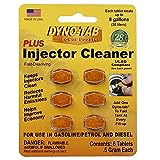 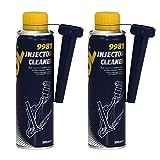 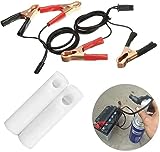 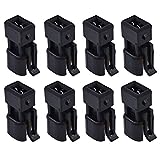 Compare Prices of Used Fuel Injector for Any Car Model

A fuel injector is an electronically operated valve having pressurized fuel got by the fuel pump. It is no wonder that the fuel injector has the capability of opening and closing many times in a second. It works with the help of an electromagnet that activates a plunger which opens the valve. This forces the compressed fuel to squeeze out through a minute nozzle converting it into small units in form of mist. The overall objective of this action is to make it fit for burning with ease.
The associated term in this context is Pulse Width which is nothing but the quantity of fuel given to the engine. It is calculated by the time duration by which the fuel injector stays exposed. This Pulse Width is administered by the ECU. As far as the position of injectors in the vehicle is considered, these are mounted on manifold intake enabling them to spray directly the fuel at the valves of intake. There is another associated part of injectors, known as fuel rail that plays a vital role as it supplies fuel to every injector. In a bid to supply the measured quantity of fuel, the engine control unit is fitted with scores of sensors.
Automotive innovations play a pivotal role in uplifting and beautifying vehicles.  Amidst these innovations, the fuel injector is worth to be pondered over. Prior to it, carburetors performed the function of fuel injection. The history of fuel injectors dates back to the early nineties. Mechanical fuel injections mainly used in aircraft engines were manufactured in 1902 and lasted up till World War I & II. Electronic fuel injection (EFI) was introduced in the vehicles in 1983, which were further improved with the arrival of On-Board Diagnostic II (OBD II).

Un-noticed injectors could damage severely the engine of the car making it unfit for driving. Signs of misfiring in the cylinder are a clear indication of this problem. Quality injectors absorb the petty shocks normally to recover it on their own. Be warned that never ignore the defective injectors as it may cause detonation. So, instantly get it replaced with used spare parts.

As said earlier, consistent misfiring of cylinders due to defective Injectors causes detonation. Detonation is a commonly observed problem with old cars wherein the leftover gas on completion of air/fuel compulsion spontaneously tends to burn. Though not much damaging, but in some cases the detonation develops pressure to break the engine parts. The Partfinder UAE extends its matchless facilities to get you the car parts in UAE.

To avert the jaundiced situation of failed injectors leading to damage of engine parts, one should pay full heed to the maintenance regimen. When you are left with no option but to replace the injector, the ultimate viable option before you is Partfinder UAE being trustworthy and second to none in car parts providing.

Grab to-notch Injectors in the UAE

There is no denying that seeking the standard long-lasting injectors, is really a hectic job in UAE. The auto markets are swarming with tons of auto spare parts but devoid of quality, mostly. Be always vigilant, even in the online solution of car spare parts providers. The Partfinder UAE offers laid-back services with snug comfort without digging deep into your pocket.

Fuel Injectors in other areas