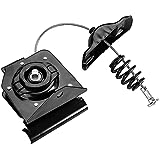 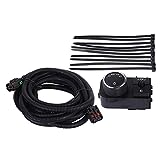 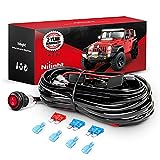 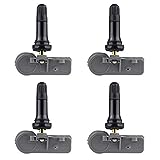 If you own a GMC and reside in the UAE, then in case any of your GMC’s parts fail, you’ll need to replace it and that too quickly. You can find parts for GMC utility vehicle at Partfinder UAE, the sole part finding amenity in the United Arab Emirates.

We have a group of suppliers to whom we are connected, and we guarantee to help you find the best quality used parts at the most affordable price-point. We choose our suppliers extremely carefully, so you are sure to get the best-used auto spare parts at a cheap price.

Service in the Entire UAE

Our suppliers cover the area of the entire UAE, which means that no matter where you reside in the UAE, you are sure to get your desired GMC part delivered to your destination. We’ll give you a free quote, and upon choosing a suitable supplier, you will be connected to them and then can arrange how the delivery is going to be made.

The first step to glory for GMC was taken by Max Grabowski in 1902 when he formed the Rapid Motor Vehicle Company. They built their initial cars but did not have enough success. But, in 1908, William C. Durant purchased Rapid Motors and merged it with General Motors Company. That began the long term success of this automobile giant.

By 1919, a lot of other manufacturers had merged with General Motors as well and the total vehicles produced and sold increased as well. GMC was very popular for producing heavy-duty trucks and still is known for producing high-quality utility vehicles. In 1996, all the GMC trucks and other utility vehicles started coming with the name GMC, which has been going on ever since.

What is the Solution if Your GMC Parts Fail?

When we talk about the reliability of GMC vehicles, they don’t really stack up high scores but not too low scores either. So, we could classify GMC vehicles as not very reliable but not the worst either. But, issues have been occurring for quite some time now and GMC has adopted a notorious reputation as being one of the least reliable brands, at least in the US.

So, it doesn’t really make it a good showing for GMC as far as reliability is concerned, which makes the brand’s products prone to failures. If you own a GMC and any of its parts fail, you’ll most likely need to replace them in order for the vehicle to function again or else the vehicle wouldn’t function.

Those damaged parts might also damage other parts which are performing normally. So, in that case, expect a fat bill when going to get your GMC repaired. You will need to get the faulty parts replaced and that too at a fast rate, which is not easy but not extremely difficult in this day and age.